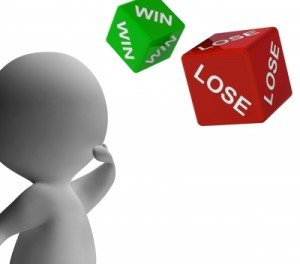 ‘Ten Stocks for Ten Years’ – that was the headline in The Australian Financial Review nearly 5 years ago. The paper had interviewed analysts to identify 10 stocks to ride out the next decade with. Nearly half way through, how are they going?

Resource and energy stocks topped the AFR’s December 2009 list of the 10 stocks tipped to perform the best over the coming decade in Australia. They included BHP Billiton, Rio Tinto, Woodside Petroleum, Santos and Origin Energy.1

“Given the voracious appetite of China and other developing Asian nations for Australia’s resources, it’s a sure bet that punting on the right explorers and miners will deliver superlative returns,” the newspaper said.

Well, actually no. It wasn’t a sure bet. In fact, from the end of December 2009 to the end of June 2014, those five stocks have all lagged the market, some significantly so. And, remember, these were chosen as the best stocks for the next decade.

The return of Santos over that period was +13%. But before you open the champers, keep in mind the return of the market itself, as measured by the S&P/ASX-300 Accumulation index, over that same time frame was nearly 34%.

Even less impressive in a comparative sense from the AFR list were Origin Energy and Woodside Petroleum, which managed returns of around 5% and 3% respectively in this four-and-a-half-year period.

But wait! There’s more! The big heavyweight diversified miners, BHP Billiton and Rio Tinto, have not just failed to match the index in that period. They have gone backwards, delivering negative returns of 5% and 12% respectively.

Now recall, these were the stocks that were going to “shoot the lights out” in the coming decade, the ones you could really count on.

To be fair, the other half of the AFR’s top-10 list performed much better, with Woolworths, James Hardie, Navitas, Sonic Healthcare and Campbell Brothers (now ALS Ltd) delivering returns above the index.

But why would you have staked everything on just 10 stocks, with all the stock and industry specific factors in play, when simply owning the market gave you a solid return with much less idiosyncratic risk? It doesn’t make any sense.

Despite all the evidence to the contrary, the financial media wants you to believe that successful long-term investing is about making forecasts. They do this because it’s fun and exciting to write about individual stocks and industries.

The reality is you don’t need to take those sorts of risks. And in any case, the media inevitably hypes up sector and stock stories that are already factored into prices, so if you act on their tips you end up buying at or near the top.

The alternative approach is less of a gamble, but also a little boring. And that’s why it doesn’t feature in the media much.

In a nutshell, this other approach involves structuring a diversified portfolio around many stocks, many sectors and many countries. As we don’t know where the next big fish are going to come from, you use a dragnet instead of a single line.

This other approach involves assuming prices are fair. Instead of trying to “beat” the market and identify pricing “mistakes”, you’re going with the market’s flow and seeking to secure the returns that are there for the taking.

Sure, compiling top 10 lists is fun. If you’re right, you look like a hero and you have something to brag about at the next barbecue. But that’s speculation. It’s not investment.

The fact is no-one knows what the top 10 stocks will be over the next decade. If they did know, there would be little risk involved. And without risk, there is no return.

Whatever the decade, that doesn’t change.