Many of us focus our financial strategy on repaying debt and building assets for the future. It is equally important that assets and structures are put in place so that the wealth you have spent a lifetime creating ends up in the right hands and not with unintended beneficiaries.

A HPH Solutions Financial Life Planner can work alongside you, your lawyer and accountant to bring the wealth, medical, lifestyle and wealth transfer decisions from the future to today.

Here we look at the tools and mechanisms available to ensure the wishes of the deceased are carried out and assets are distributed to the right people, at the right time in the right way.

Assets can generally be categorised as either estate or non-estate assets.

Estate assets are assets that are personally owned by the deceased and include:

A well constructed and valid Will is generally sufficient in ensuring that estate assets are distributed according to the deceased’s wishes.

Should you die without a Will or the Will is invalid, you will be deemed to have died “intestate” with your estate assets now distributed in line with state intestacy rules (the rules vary between state and territories).

Even when there is a valid Will, the wishes of the deceased can be overridden. A person who feels they haven’t received their fair share can legally challenge the Will. This could include a spouse (current, former or de facto), children and step-children, grandchildren and parents

Ronald is 59 and married to Marie who is 55. Together they have three children Anthony aged 27, Elise aged 23 and Sarah aged 17. Ronald dies after a motor vehicle accident in his home state of Western Australia– Ronald has no will as he thought everything would pass to Marie.

After evaluating the financial position, the estate assets total $1,085,000 and include:

There is also $30,000 worth of household contents.

The estate assets are subject to WA’s intestacy laws and the result is not what Ronald had intended. As there is a surviving legal spouse (Marie), the estate is worth more than $50,000 and there are children, the outcome from an intestacy distribution of assets is that:

Marie will receive $50,000, the household contents and a one-third share of the remainder. The remaining two thirds will be divided equally between the three children.

The asset distribution may require the family home to be sold and there may also be adverse taxation impacts of distributing superannuation and life insurance to adult children.

The distribution of non-estate assets is not so straightforward, therefore it is important to plan for their distribution. These generally include:

Assets held in joint tenancy cannot be disposed of via a Will. Property that is held in joint names, such as the family home and joint bank accounts, passes automatically to the surviving partner.

While a valid binding nomination provides certainty to the member that their intended beneficiary will receive their superannuation benefit, the member is limited in his/her choice of beneficiary. Beneficiaries are generally restricted to the member’s legal personal representative and dependents, who are defined under superannuation law; they include the person’s spouse, child (of any age), financial dependent and a person in an interdependency relationship with the member at the time of death. This limitation also applies where the trustee has to exercise its discretion to pay the benefit.

To ensure the death benefit is paid to the nominated person(s), a binding nomination must be kept up to date and valid.

Nominating a reversionary pensioner at the commencement of a superannuation income stream ensures the pension automatically reverts to the nominated reversionary upon death.

Additional provisions should be included in the estate plan in the event the nomination is invalid, has lapsed, or in the case of an income stream, where the nominated reversionary predeceases the primary pensioner. In these instances the decision on the distribution of the benefit reverts to trustee discretion. The Trustee will take into account a member’s personal wishes such as their Will or any other evidence that may be relevant when making their decision.

Where insurance is held outside superannuation, i.e. via an ordinary life insurance policy, there are two mechanisms to help increase the chance that life insurance proceeds are paid to the intended beneficiaries:

Most insurers allow the policy owner to nominate a beneficiary, or beneficiaries. The insurer is bound by the nomination to pay the nominated person(s) (subject to policy terms); this means the nomination cannot usually be disregarded or overridden.

As well as nominating who will receive the proceeds, the proportion in which the proceeds are to be distributed can also be determined in advance.

Under a self-owned policy; by nominating a beneficiary, the policy owner can direct the insurance proceeds to be paid to someone other than their estate.

Commonly, up to five beneficiaries can be nominated on an ordinary life insurance policy, however this may vary with different insurers.

Family trust assets remain in the trust in the event of the death of a trustee of the trust. The trustees of a family trust have discretion to whom and how much is paid to nominated beneficiaries, however it is the appointer who can appoint or dismiss trustees. The trust deed generally governs who will be trustee in the event of the appointor’s death or the deceased may nominate a replacement appointor in their Will. The terms of the trust deed should be reviewed regularly to ensure that control passes as intended.

Company assets continue to be owned by the company in the event of the death of its director(s). However, the shares in the company form an asset of the estate if shares are held directly. The shares are then distributed according to the Will. A robust business succession plan will ensure that the deceased’s business share passes to the correct beneficiaries (usually the remaining business owners), while ensuring that the deceased’s dependants are properly compensated.

In its simplest form, a Will ensures assets are gifted to specific beneficiaries. However, certain assets, such as property or shares, can carry inherited tax liabilities. Therefore, it is worth considering opportunities to provide tax savings for beneficiaries.

The benefits of a testamentary trust are twofold:

The key benefit is the favourable tax treatment on distributions to minors (under age 18). Income distributed to minors from a testamentary trust is taxed at adult marginal tax rates rather than penalty rates, i.e., each child can take advantage of the $18,200 tax-free threshold and the low-income tax offset.

Capital gains tax (CGT) is payable on the disposal of most assets acquired on or after 20 September 1985. There are some specific CGT exemptions for particular assets. Generally, CGT is triggered when an asset is transferred. Capital gains are disregarded on death where the asset passes to an executor or a beneficiary or from an executor to a beneficiary. A capital gain/ loss may arise only upon subsequent disposal by a beneficiary.

The tax treatment of certain inherited assets depends on whether the asset is a pre or post-1985 asset, the cost base, and the period of time the asset is held.

The asset is inherited at its market value at the date of death. Future increases in value will attract CGT (assumes in the case of property that the beneficiary doesn’t use it as his/her main residence).

By holding investments for more than 12 months from the date of death, the beneficiary can reduce a capital gain by 50% using the CGT discount.

The value of an investment property or shares is inherited at the original (deceased’s) purchase price as at the date of death.

The beneficiary can discount the capital gain by 50% (or the indexation method where the asset was purchased on or before 21 September 1999) where the collective period of ownership of the asset by the deceased and the beneficiary is at least 12 months.

If a property was the main residence of the deceased, the beneficiary generally has a 2-year window in which to sell the property tax-free (settlement must occur within the 2-year period).

With superannuation, it is worth considering the form of the benefit, i.e., income stream or lump sum. A lump sum could be recontributed (subject to the contribution caps) by a beneficiary (if eligible) to commence a tax-free income stream.

For some beneficiaries, it may be better to receive an income stream (subject to the trust deed and applicable transfer balance cap). For example, they may be unable to contribute to super; thus receiving an income stream will ensure that the benefit is retained in the concessionally taxed superannuation environment.

A superannuation proceeds trust (a trust that only accepts superannuation death benefits) could be used to distribute income tax effectively to dependents.

The legal representative of the deceased or the beneficiary of the deceased’s estate can access the CGT concessions to the same extent that the deceased could have used them just prior to death on assets disposed of within two years of death.

Capital gains made on assets acquired on the death of a joint owner, where the deceased would have been able to access CGT relief (and the surviving joint owner does not continue carrying on the business) are eligible for the small business CGT concessions.

Small business owners will quite often pour their life savings into their businesses and most likely will have one large asset that represents the majority of their estate. Aside from creating divisibility issues, this can also cause challenges to the estate.

HOW SOUND FINANCIAL ADVICE CAN HELP WITH ESTATE PLANNING

Sound estate planning not only ensures that a person’s assets are managed and transferred according to the deceased’s wishes, but also in the most tax-effective manner.

Here are five key steps to make sure the future is financially secure for you and the most important people in your life. 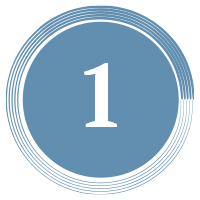 Get legal advice on making a valid will and keep it up to date. Let your executors know where the original will is stored (think about using the WA Public Trustee’s Will Bank). 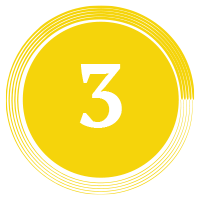 For any personally owned insurance policies, review and update the beneficiary nominations. 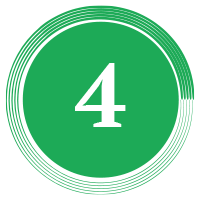 Get advice and understand the tax consequences of how your assets would be distributed. 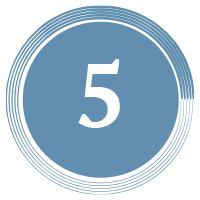 Get legal advice on appointing an enduring Power of Attorney and whether you should lodge a copy with Landgate.

With some prior planning, a HPH Solutions Financial Life Planner can assist you to minimise tax on your estate and maximise your beneficiaries’ entitlements. This may include consideration of the circumstances of beneficiaries, how superannuation and insurance is structured and the ownership structure for business and investment assets. 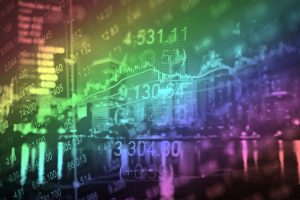 The role of bonds in a diversified investment portfolio 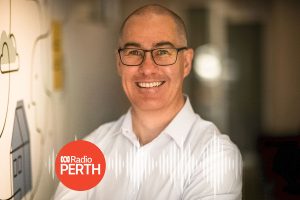 Recently our very own Matt Hern chatted with Christine Layton on ABC Radio about the things we spend money on out of convenience. 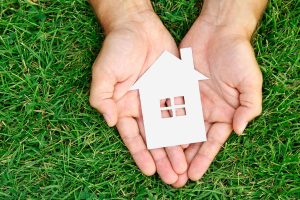 Is investing in property right for you?

It’s no secret that Aussies love investing in property. But is property investing all it’s really cracked up to be? And is it right for you? We break it down here.