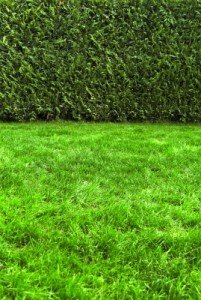 A recent press article said that with major risk assets looking “fully valued”, it was time to seek out alternative investments such as hedge funds. But those thinking of making that shift might want to look before they leap.

According to consulting firm McKinsey and Co, hedge funds and other “alternative” investments will command up to 40% of the asset management industry’s global revenues by 2020 as investors seek them for “safety and consistent returns”.1

Certainly, some recent trends might appear to point in that direction. According to Hedge Fund Research, investors allocated US$30.5 billion of new capital to the industry in the second quarter of this year, the most since early 2011.2

Cited by researchers as driving the flows are the imminent end of the US Federal Reserve’s stimulus, escalating geopolitical tensions, a rise in mergers and acquisitions and the belief that conventional asset valuations are “extended”.

But hidden among these overall numbers are some other trends. For instance, The Wall Street Journal recently reported that public pension funds in the US are backing away from hedge funds because of concerns over high fees and poor returns.3

In its quarterly statement on monetary policy in August, the Reserve Bank of Australia noted that hedge funds had significantly underperformed a simple balanced portfolio of global bonds and equities for three consecutive years.4

“This underperformance has been especially pronounced for macro funds, which trade in response to movements in economic variables; such funds have posted virtually no return over this period,” the central bank noted.

The results may provide reason for some investors to think twice about the merit of hedge funds, which typically take bets on stocks, bonds and other securities, often using borrowed money. Hedge funds will often charge high management fees of around 2% of assets under management, plus 20% of any profits earned.

Those fees represent a high bar for investors who resort to these funds in an attempt to earn returns above and beyond what they would receive from a simple index.

To get those above-index returns, investors must first pay the cost of shorting. This is the practice of selling securities that the seller does not currently own and subsequently repurchasing them. Essentially, it is a bet that the stock price will fall. To fund your bet, you have to take out a loan. This is a not an immaterial impost.

As well, while increasing a portfolio’s expected return, the leverage used by hedge funds magnifies the volatility of a fund’s return. It can be hard enough for ordinary investors to put up with the underlying market’s ups and downs, never mind magnifying them by a multiple of two, four or more.

Added to the costs of shorting and the effect on volatility of leverage, hedge funds are known for lacking transparency. While this can be seen as advantage for hedge funds in making it difficult for competitors to copy their strategies, it can also make it hard to quantify where the returns are coming from and what risks are being taken.

Hedge fund databases suffer from many biases, which make performance studies difficult. Survivorship bias is one. This refers to the tendency of failed or closed funds to be withdrawn from databases. But more importantly, hedge funds voluntarily report, which means they tend to report only when returns are good.

So in short, the risks around hedge funds are often unclear, leverage can increase volatility, fees tend to be excessive and returns – at least in recent years – have been less than spectacular.

It becomes easier to see why many public pension funds are “over the hedge”.