“Low returns are shaping as the new normal”.

That was the headline in The Australian Financial Review in early July 2012 in anticipation of another grim year on global equity markets for Australian investors.How did that forecast turn out? 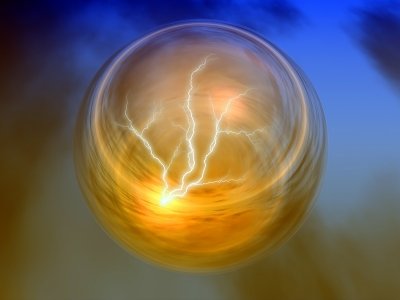 Certainly, the case for investor caution looked solid a year ago. Listing a gloomy roll-call of negatives, the AFR said Australians were starting to realise the days of double-digit annual returns from shares were long gone.

There was the jobless recovery in the US, the ongoing stagnation in Japan, the many failed attempts to address the European debt crisis and, at home, a stubbornly strong Australian dollar that was defying falling commodity prices.

Like wolves, journalists like to run in packs. So there was similarly catastrophic howling over at Rupert Murdoch’s broadsheet The Australian, where a columnist grimly told readers “enjoy it while it lasts, the recovery won’t last”.

If you acted on that ersatz advice and sold out of equities a year ago, you may be ruing that decision now. That’s because global developed equity markets have had a stellar financial year, rising more than 33% on an unhedged basis.

And which countries were the stars in 2012/13? According to press pundits, it is all about China and the new emerging economy powerhouses. Well maybe on an economic basis. But as an investment, it is a different story.

The best performing developed economy equity market in the past year was in fact Ireland, one of the countries hardest hit by the global financial crisis. The Irish stock market gained nearly 50% in 2012/13, admittedly from a low base.

Other unlikely stars included troubled Euro Zone members Portugal and Greece. Even the US market, where the economy was reported to be at risk of going over the so-called ‘fiscal cliff’, managed an annual gain of more than 35% in $A terms.

In fact, the only people going over a cliff were the lemmings who paid too much attention to the breathless financial news reports of the time.

Also note in the chart below that Australia, for so long dubbed ‘the miracle economy’, was the worst performing developed market in the past financial year.

What appeared to hurt us was what affected many emerging market economies – a reappraisal of China’s growth prospects, a decline in commodity prices and a sense, rightly or wrongly, that the extraordinary policy medicine administered in the US, Europe and Japan might finally be having a positive effect.

Drilling down into market sectors around the world in the next chart, you can see some of these themes reflected. So ‘materials’, a grouping that includes mining companies, was the worst performing sector in developed markets in the past year.

In Australia, the downgrading of mining prospects had a bigger impact because of the higher weighting of the materials sector in our market. In other markets, though, sectors like health care and information technology are more dominant.

Likewise, the same sectors in different markets can show markedly varying trends. For instance, with the Australian economy slowing in the past year, retailers in the consumer discretionary sector lagged the wider market. But in the US, where the economy looks to be recovering, this sector has been a top performer.

What is the individual investor to make of all this? First, it seems clear that while newspapers may give you an accurate account of what happened yesterday, they are not a great barometer of what will happen from this point on.

We have seen over the years how the myth of journalists having a reliable crystal ball has undone investors. And think about this: If reporters really could forecast markets correctly, why would they be slaving away in the media?

Second, markets (unlike the media) look forward, not backward. What’s in the news is already in the price. What’s not in the price is not news yet. And if you know what tomorrow’s news is going to be, you really don’t need to be reading this.

Third, if the news around a particular market or sector or company is all bad, prices will fall. Low prices mean the return that investors demand for taking a risk on that market or sector or security is higher. Risk and return are related, remember?

Fourth, diversification is your friend. It’s only a couple of years ago that every second newspaper columnist was telling us to reweight towards China and that Australia was assured of strong returns as the boom went on and on.

There certainly weren’t many journalists out there singing the benefits of investing in Japan or the US. And if someone said a year ago that Ireland would lead the world in 2012/13, they would have been suspected of hitting the Guinness.

Finally, making big bets on individual sectors is rarely a good thing. It could turn out right, but it’s rather like putting all your money on one horse in the third at Randwick. Leave that stuff to Tom Waterhouse. That’s called speculation, not investing.

Smart investment is about spreading your risk. It’s about diversifying across companies, sectors and markets. It’s about taking different sorts of risk in small companies, large companies and value companies and then balancing those equity risks with other risks in fixed interest and property.

Most of all smart investing is about separating the “look at me” noise of news from the subtle underlying signal of returns.

Journalists love to make a splash with talk of the ‘new normal’. But that doesn’t mean you should dive in after them.