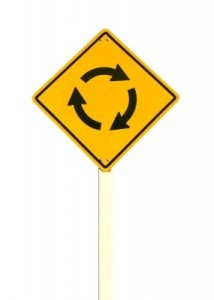 Dramatic market swings, US Federal Reserve deliberations and discouraging data from China have made headlines in Australia and around the world in recent months. We asked Vanguard’s global chief economist, Joseph Davis, for his perspective.

Since the global financial crisis, economic growth in many developed countries has been modest, while share markets in New York and elsewhere have enjoyed a strong run (recent volatility notwithstanding). What explains the disconnect?

There have been two phases to the latest bull market, and that’s actually somewhat typical. The first phase is generally characterised by pessimism. The equity market just after the financial crisis was anticipating an even more sombre economic environment than perhaps the economics community was. Fundamental valuation measures for shares, such as price/earnings and price/book ratios, as well as dividend yields, were extremely low. So the market to some degree rises when the corporate sector outperforms these pessimistic expectations.

Certainly at Vanguard, we were saying that the global recovery was likely to be extremely muted, but our message was that the investment outlook could be much better than the economic one. That was in large part, again, because of valuations.

In the second phase, there’s an element of momentum and increased risk-taking. In the past two or three years, valuations have become stretched. In other words, the stock market has outperformed what the improvement in the economy might warrant. Stretched valuations, or what we’ve described as “froth” in some parts of the equity market, are why our outlook has become more guarded of late.

But even with recent volatility we’ve seen we wouldn’t characterise the financial markets as “cheap” by any means. Our long-term outlook remains guarded, but not bearish.

To be clear, we believe investors should continue to participate in the markets and stick with their asset allocations. Things could remain bumpy for some time, but that’s all the more reason to look through the volatility and stick with one’s investment plan.

China has long been the driver of global growth. Now it’s sputtering. What’s next?

The fact that growth in China is slowing isn’t news; it’s intentional. It’s part of Chinese policymakers’ longer-term plan, part of their rebalancing toward less investment and more consumption. Because the economy has been slowing for some time, the markets assumed China would be able to engineer a smooth deceleration – not a contraction, but a deceleration – with lower levels of investment offset to a good degree by increased consumption.

I think over a long period of time, that’s a very reasonable expectation. But there’s mounting evidence that China’s economy might be decelerating more sharply than expected and possibly even heading for a “hard landing.” Fears that the transition won’t necessarily be as smooth as some would hope is part of what the recent turmoil is about. The Chinese government’s target for GDP growth is roughly 7%, but the economy could actually be running at about 5% by our calculations, and the risk is that it might go even lower.

The markets were expecting that China, as part of its rebalancing, was going to have less real estate investment. But its slowdown in housing and other real estate sectors has been significantly underappreciated and, by our analysis, accounts for more than 75% of the slowdown in China’s economy since the global financial crisis. It’s unlikely we’ll see real estate investment reaccelerate in the short term given the overcapacity in manufacturing and in the housing market, particularly in certain Chinese cities. It’s also the case that Chinese policymakers don’t wish to return to the old business model of ramping up investment.

The prospect of a Chinese recession – an outright contraction in China’s GDP – linked to housing investment is not our baseline scenario, but it is the greatest risk we see for the global economy and the financial markets over the next year or two.

In the US, the Federal Reserve has been preparing the markets for an interest rate hike for more than two years. What will it mean when the Fed does finally act?

As to why it’s taken so long, I’d point to a number of factors. Growth has come in even weaker than the Federal Reserve expected. Core inflation – which excludes volatile food and energy prices – has come in below the Fed’s long-term target of 2% year-over-year for more than three years. And the unemployment rate has been above the Fed’s estimate for “full employment.” That backdrop explains a lot of why interest rates have remained close to zero.

When the Fed finally acts, I think the first rate increase or two should be welcomed as a vote of confidence on the resiliency of the US economy. Growth hasn’t been stellar, but it has clearly held up despite disappointing growth across most of the rest of the world. And it would be tough to look at the US labour market today and argue that interest rates should be at zero, the same place they were in 2009.

So conditions are appropriate for an interest rate “lift-off” but – as we have been saying to our shareholders for some time – more important than when it starts is where it stops. We expect to see a “dovish tightening,” with rates rising slowly and stopping at a level far lower than in some previous tightening cycles. We could see the US federal funds rate rising from crisis levels to roughly 1% over the next year or two, but with the Fed then setting the hurdle higher for further hikes – pinning them on the health of the US economy, global economic conditions and where inflation stands.

Economic news can be an endless source of fascination. But what role, if any, should it play in our investment decisions?

Any economic statistic that comes in differently from what was expected can influence the financial markets and the prices of one’s investments in the very short term – in fact, almost immediately. And you can see that with regularity, whether it’s a labour report, Chinese GDP or so forth. That’s understandable, because the financial markets are trying to price in or reflect economic risk in real time.

So growth coming in weaker or higher than expected, for example, may have implications for corporate earnings or the level of interest rates and can change the financial markets’ level of risk aversion. That’s natural. One actually does see, over very short periods, a high correlation between the surprise component of statistics and movements in the stock market.

However, I think what’s important – and what’s often lost if you focus on near-term economic news – is that, in many ways, those surprises wash out in the long term. What has much more impact on the performance of investments over longer periods are the trends in the economy and how the financial markets view those trends.

The 1980s and 1990s, for example, were arguably one of the strongest bull markets for both stocks and bonds. Was that because growth was consistently above expectations over the period? No. There were recessions, and we even had bear markets, including the 1987 crash.

What mattered were initial conditions – interest rates were very high and stock valuations very depressed – as well as long-term trends in the economy that would have been hard to identify in advance by looking solely at month-to-month statistics. Global disinflationary pressures led to a marked drop in interest rates and, hence, a bull market in bond prices.

We also had the fall of communism, increased globalisation, and the rise of certain technologies such as the internet spurring a rapid expansion of the global economy. Those factors, among others, arguably were significant contributors to the high rates of returns investors experienced over those two decades.
In the short term, there’s more noise than trend in economic statistics. To help separate the two, ask how a piece of economic news affects your long-term view on the outlook for growth and inflation. And, second, is that view markedly different from what the financial markets are now incorporating in the prices?

Only when both those questions are answered in the affirmative should investors even contemplate making any changes to their portfolios. And I can tell you, having spent 20 years in this business, that those occasions are rare.

Image courtesy of zdiviv at FreeDigitalPhotos.net